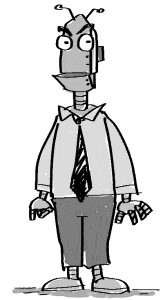 Last month in the Financial Times, BBC Newsnight’s editor Ian Katz bemoaned the ‘death of the political interview’ in the wake of the departure of Jeremy Paxman, his best-known and most feared presenter. Katz reflected on his own controversial assessment of an interview with shadow minister Rachel Reeves last year as ‘boring snoring’, and on many other encounters which shed neither heat nor light. Nowadays too many politicians are just too robotic and on-message, forcing interviewers to continually interrupt, in an attempt to get them to answer the question. It is a standoff that has put many politicians off the idea of submitting themselves to the broadcaster’s questions if they can avoid it.

Have interviews with corporate spokespeople become just as bland, if not more so? Listening to the typical ‘Today’ programme or Radio 5-Live business interview, one might say not—there are plenty of feisty interviews taking the consumer’s side, calling companies to account for their failings (real or perceived) in areas such as high utility bills or poor service from train companies. But with business-bashing now firmly back on the political agenda, there is a risk of companies simply not being given a proper chance to defend or explain their actions, which will make them ever more defensive,or unwilling to submit themselves to scrutiny. The business environment is becoming ever more complex, fraught in many cases with financial, regulatory and legal challenges; all too often it simply isn’t possible to explain something properly or give a meaningful sound-bite in less than ten seconds before the next barbed arrow comes winging across from the other microphone. That doesn’t mean broadcasters being soft on interviewees, but it does mean giving them a chance to make their point properly, for viewers and listeners to decide, before coming back at them with the next challenge.

In return, business people have to be better-prepared, more willing to explain themselves, and more open about admitting where they have made mistakes. If they have proper media training they will do their level best to be authentic, to actually deal with the issues, and if possible outline clearly what steps are being taken to make things better. This may not always be easy but it is infinitely better than hiding away—consumers and businesses become highly suspicious of organisations that won’t be open and explain what they are up to. As Katz says, if politicians will be a bit more candid, ready to answer questions rather than avoid them, in return ‘we broadcasters need to give interviews—at least some of them—the time to breathe, even if that means putting up with more boring, snoring bits.’ The same needs to apply to non-politicians, otherwise we will all be the losers.