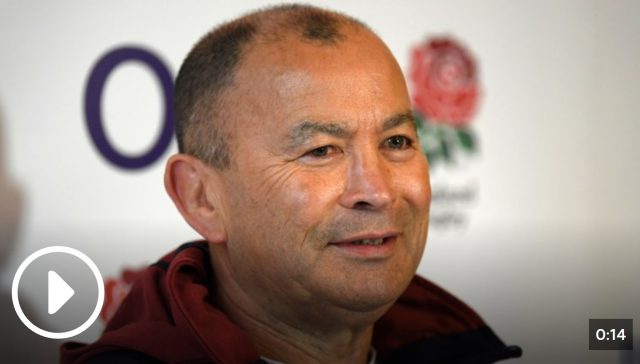 England Rugby coach Eddie Jones found himself in hot water the other day after making a bizarre comment at a press conference, apparently meant as a joke.  He was asked by a reporter about his habit of meditation, having revealed in June last year that he engages in mindfulness as part of his early morning routine.  Presumably Mr Jones was upset by the confusion of these two practices, and replied  “I don’t think I’ve ever spoken about meditation.  You must be thinking about someone else… maybe another half-Asian person… Maybe we all look the same!”  According to reports, those assembled in the room were aghast at the ill-advised comment despite its context as a joke.  Mr Jones, an Australian of part-Japanese heritage, later had to apologise to the reporter concerned, and the whole thing was an embarrassment for Rugby when it dominated the press conference headlines, and detracted from the points the coach was actually trying to get across.
It’s far from the first time that someone has come unstuck when joking with the media – particularly that strain of British humour where we wittily say the opposite of what we mean – such as “what a delightful day!” when it’s pouring with rain outside.  If a journalist takes your words literally – either deliberately or accidentally – it can make you look ridiculous.  It brings to mind an incident from a few years back, after the surprise revelation that former Prime Minister John Major had been conducting a secret affair with married  junior minister Edwina Currie, who later took up a career writing racy novels.  With Westminster gossip suggesting other possible Currie paramours, the tabloids immediately set off to see if there were any other names that could be named.  The Daily Mirror wrongly alighted on former Tory politician Peter Clarke, who obviously thought the idea so ludicrous he indulged in a jokey conversation with the journalist, concocting some amusing, sex-and-shopping style quotes as though from one of Mrs Currie’s books.  The Evening Standard reported on Mr Clarke’s shock at seeing the story splashed in all seriousness on the Mirror’s front page.  It’s not a point we always get around to making in our media training courses, but the moral, to remember next time a client is joking around with a ‘friendly’ hack:  things that sound amusing and satirical in conversation can look ridiculous or absolutely appalling in print.