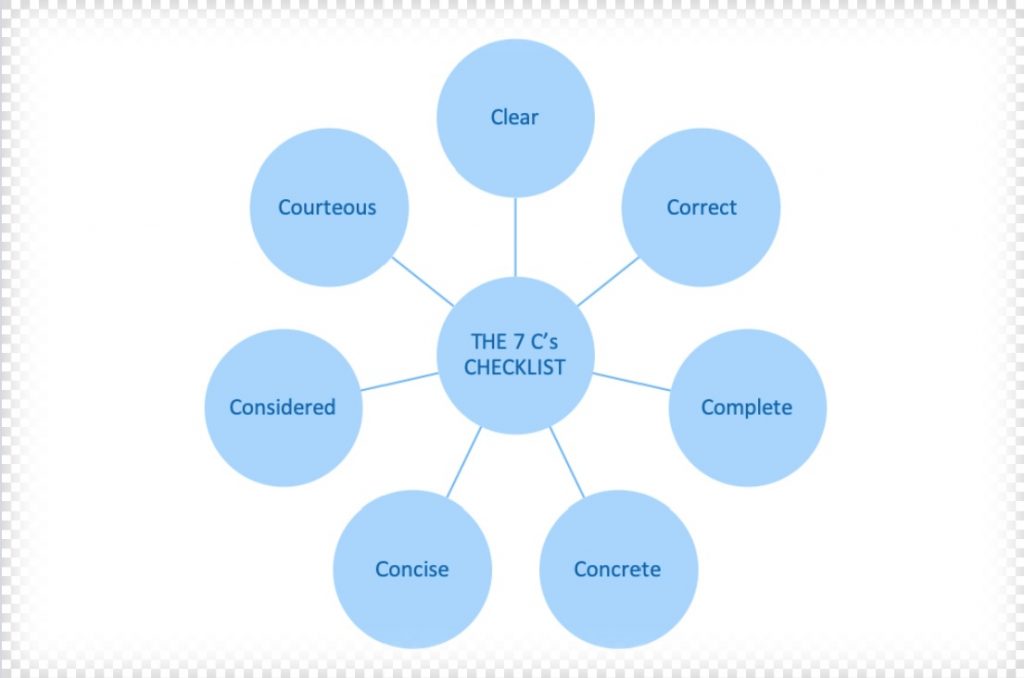 Effective communication, or the lack of it, has been a major theme during the Covid health crisis. So as we edge warily into 2021, maybe it’s worth revisiting a few of the basic principles. Some professionals like the UK’s Deputy Chief Medical Officer Jonathan Van-Tam have been praised for their openness and effective use of metaphor, but many politicians have been criticised for confused and contradictory messaging. Is it too much to hope for an improvement this year? Many communicators swear by the ‘Seven C’s of Effective Communication’ – that your messaging should be Clear, Correct, Complete, Concrete, Concise, Considered and Courteous. Not all are agreed on what these C’s are – I have seen alternatives such as Creative and Credible used – but you get the idea. These guidelines should apply whether you are being interviewed, holding a ‘town hall’ with the workforce, or simply writing an email.
Other people have come up a huge variety of additional ‘golden rules of communication’. For example the first of five from Forbes magazine points out how important it is to ‘know your audience’ and what they care/don’t care about. Psychology Today usefully reminds us we have to be aware that ‘The message sent is not necessarily the message received’, and that ‘non-verbal cues are more believable than verbal cues’. But the Canadian political pundit Stephen Skyvington (@SSkyvington) quotes perhaps the most relevant list I have seen for anyone who has to give media interviews. Here are his ‘golden rules’ with my brief commentary:
1. Be message driven, not question driven. In other words, you should be clear what you want to get across, rather than relying on the right questions to come up.
2. Tell the story that tells the story. The example that really brings your point alive is like gold dust.
3. Say what you mean and mean what you say. Politicians and some business leaders, please take note.
4. Don’t make promises you can’t keep. Ditto.
5. Tell the truth and be yourself. This is the ‘authenticity’ thing – people quickly spot it if you’re spouting corporate jargon instead of talking like a normal human being. As for telling the truth – you might not be able to give us the whole truth, but please don’t lie – however expedient it may appear at the time.
A final quote from Forbes – “Don’t confuse broadcasting with communication”. As the playwright George Bernard Shaw once said: “The single biggest problem in communication is the illusion that it has taken place.” In other words – keep your points as clear and unambiguous as possible if you want to have a hope they will really cut through.

More in our Media Training courses.