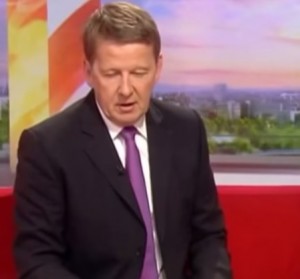 This week BBC Breakfast presenter Bill Turnbull hit the headlines after accidentally letting slip the c-word on national television.  It’s a term that seems to have given particular trouble for BBC presenters in recent years – why?  The likely reason is that if there is something in your head you’re particularly aware that you shouldn’t say, your subconscious is probably focusing on it, so under pressure it may mean it is actually more likely to slip out.   For years there had been no known instances of BBC presenters using that particular word – at least while they knew they were on the air.  However in 2010 Radio Four Today presenter Jim Naughtie famously found himself calling the Health Secretary Jeremy C*** instead of Hunt – who knows whether that was a reflection of his personal political views or not.  Only a few days later, to his intense embarrassment, Andrew Marr called Mr Hunt the same thing on his Sunday morning show – surely no coincidence, after days of media coverage of the original gaffe – while others including John Inverdale have also had to apologise for accidentally using the same word. Now Bill Turnbull, another highly experienced pro, has found himself mangling the word ‘client’ so it came out as you-know-what.
For anyone being interviewed on radio or TV, one hopes the chances of this sort of faux-pas are vanishingly small.  However as a broadcaster and while running media training courses I have seen numerous examples of people saying the very thing they didn’t want to, because they were thinking too hard about it.  If your brain is focused on ‘mustn’t mention the name of the yet-to-be-unveiled new product’ or ‘mustn’t name that competitor’ it’s much more likely that under stress, it will slip out in the same way.  So to avoid this trap, never go into an interview thinking of all he things you don’t want to say.  Instead focus on planning all the things you do want to say, so that however challenging the circumstances, these are the points that are most likely to appear on he tip of your tongue in the heat of the moment.