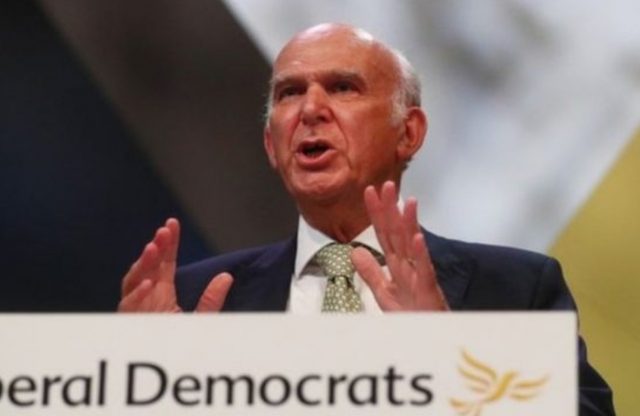 Words matter. Liberal Democrat leader Sir Vince Cable found this out to his cost at the party’s annual conference a few days ago when, during his big speech, he mangled his (slightly risqué) key soundbite, which had clearly been aimed at catching the headlines. Instead of belittling avid Brexiteers by suggesting they would put up with years of economic pain for the sake of the the ‘erotic spasm’ of Brexit, what came from Sir Vince’s lips sounded like ‘exotic spresm’. This caused much hilarity on social media and dominated a lot of the coverage of the conference, so that the debates were largely forgotten – a disaster for a minor party struggling for profile.
There are lessons here for anyone who wants to get across an important point in a media interview or a presentation. It’s never enough just to think ‘oh I’ll make this point, or that point’. Instead, rehearse the key sentences out loud until you are confident of the exact words you will use for maximum impact. Ensure they flow effortlessly from the lips. If there are any words or phrases that regularly trip you up, just change them. I can remember from early days as a newsreader on local radio repeatedly struggling with the phrase ‘scattered snow showers’ from the weather report. After repeated on-air fluffs (‘shattered show snowers’ etc) I finally scrubbed out the word ‘scattered’ from the script and future bulletins flowed smoothly. As for Sir Vince, with hindsight he should perhaps have pressed the ‘delete’ button too, and changed the ‘erotic’ analogy completely – it wasn’t that funny in the first place.