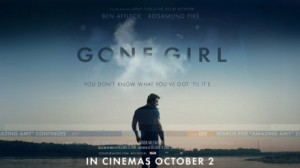 One of the most memorable (and least gory) scenes from the hit move Gone Girl features a bag of Gummi Bears, an American sweet. Before a crucial TV interview the lead character, played by Ben Affleck, is rehearsing his responses with his defence lawyer. His plausibility is crucial: he is thought to have murdered his wife who has vanished, and he is desperate to get public opinion on his side. So, when practising his responses, each time he sounds complacent, or anything less than 100 per cent genuine, the lawyer throws a Gummi Bear at his face, until he gets it right. The strategy works; on-air Affleck is compellingly authentic. This scene holds a lesson for anyone who is interviewed on TV; it is too easy to come over as self-satisfied and complacent even when this is not how you feel. This demeanour, accompanied by glib replies, will condemn you in the minds of viewers and listeners. It is also possible to seem much more downbeat that you mean to be; interviewees often frown with concentration when they imagine they are looking friendly and open. A TV appearance is a performance.  Find your equivalent of the Gummi Bear, the thing you use to switch your face and manner to match your message.