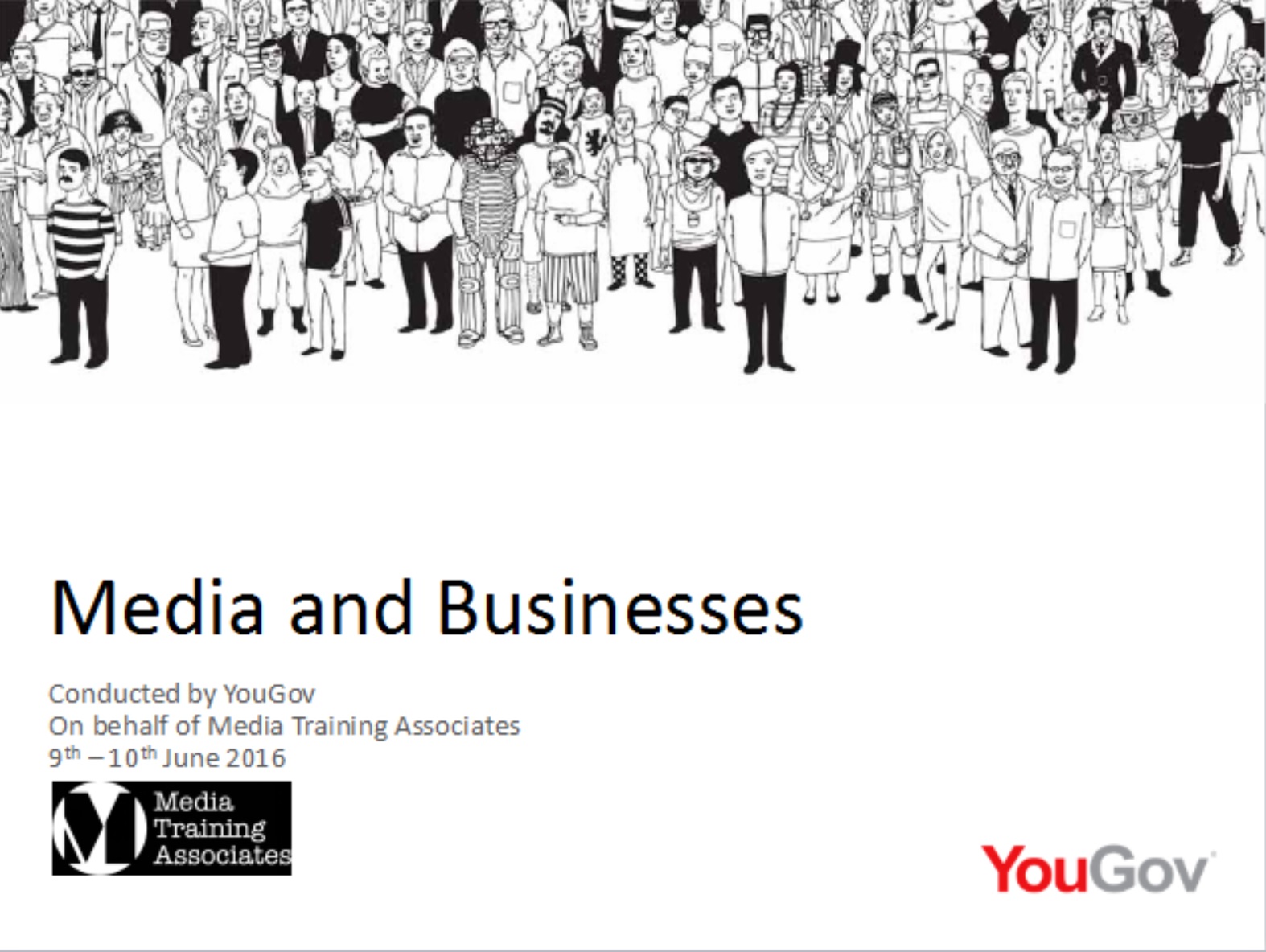 The Brexit vote showed us that the British public is more than willing to turn a blind ear to the views of big company bosses, who came out overwhelmingly in favour of staying within the EU. One of the main reasons the Remain side lost, I believe, is that the politicians arguing the case did not resonate with enough members of the public – too often they sounded robotic rather than human, while the Leave side displayed more passion and had much clearer messages (“take back control”). These politicians have been making the same mistakes as many business leaders, as revealed by new research we have commissioned at Media Training Associates from YouGov, which was covered in The Times and other media.  It shows a widespread public distrust of the pronouncements of the bosses of big businesses in the UK, when called upon to justify their conduct in the media. The research, carried out during the referendum campaign, showed 64% of British adults, from a survey of over 2000, said they thought business leaders generally appeared to be “evasive and unaccountable” when interviewed in the media at times when their business had come in for criticism, while only 10% said they generally appeared to be “open and accountable.”

This is pretty shocking and is costing companies dear in terms of lost influence. In the wake of concerns about steel closures, pay and conditions at Sports Direct and the failure of British Home Stores, it suggests that the long-suspected credibility gap between the British public and company bosses appears in fact to be more of a credibility gulf. At a time when corporate reputation is being increasingly seen as a key driver of shareholder value, many spokespeople in both the private and public sectors are poor at getting their message across in the media. They miss the opportunity to set the agenda by talking in corporate jargon, and often appear to be obfuscating rather than answering legitimate questions, especially when the going gets tough. It could be argued that the leaders of the Remain campaign fell into some of the same traps; too corporate, not human enough, lacking passionate arguments that really resonated with people.

We often work with business leaders who have to deal with the media, who are afraid they will come over poorly or made to look stupid. Actually, the biggest risk is often that they are so keen to get their ‘key messages’ across that they forget about the importance of being open, and being seen to be answering the question. Dissembling always makes people think you have something to hide. When being interviewed, company spokespeople will naturally try to emphasise the positive, but the research suggests that instead of convincing audiences, too much spin is turning them off.

The research also show how important the mainstream media remain as the respected voice of reliable news. 79% of respondents told YouGov they believe TV and radio news bulletins are ‘generally accurate’, while this figure for broadsheet-style newspapers such as The Times, Guardian and Telegraph is not far behind, at 68%. Only 46% said they believe news items from online-only sources such as Buzzfeed and Google News were generally accurate.

This clearly suggests it is a mistake to imagine that you can sustain a dialogue with the public solely via social media. To retain your reputation and be credible, you need to make your voice clearly heard through respected sources. Bosses – as well as certain politicians – need to work harder at learning to ‘speak human,’ sounding like real people who are dealing with the issues in a realistic way, being more honest about the problems they face, instead of simply repeating a series of ‘key messages’ in interviews while avoiding the tough questions.

An earlier version of this blog appeared on Huffington Post http://www.huffingtonpost.co.uk/../../tom-maddocks/british-bosses-should-fea_b_10578042.html