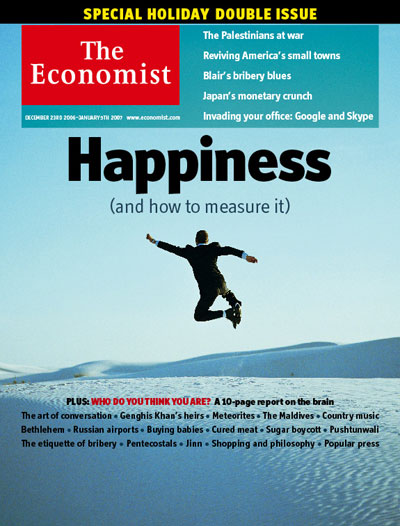 There has been a lot of talk this year about falling newspaper circulations and declining TV audiences, but recent figures suggest that with all the concern about ‘fake news’ and unreliable websites, sales of many of the more trusted publications are actually  on the rise.  It seems there are plenty of people who, more than ever, are gravitating towards news sources they believe they can take seriously.  So, organisations which themselves wish to influence the debate, and cut through all the noise on social media, should pay particular attention to this elite group of publications.

According to the official ABC figures, circulation of The Economist rose by 5% for the first half of 2017 compared with the same period last year, while The Spectator was up by 11% and Prospect sales jumped 37%.  By contrast it was the gossip and fashion publications such as Look, Closer, Heat and Grazia that lost readers in droves – presumably as people found the content they were looking for online.  It has been a similar picture with the national newspapers; the latest July monthly figures show sharp falls in print sales for the Mirror,  Sun and Mail titles compared to the same month last year, while The Times held steady at around 450,000, with additional digital subscriptions on top.  Traditional TV has been hit by the growth of streaming services such as Netflix, but still accounts for around 80% of all UK viewing.
Meanwhile in the USA, as President Trump rails against the hated ‘mainstream media’ led by what he persistently calls the ‘failing New York Times’, he will not be amused to know he has actually driven readers in their direction.  The Times and Washington Post have added hundreds of thousands of subscribers since Mr Trump came to power, and apparently many of these are the sort of young readers it was predicted would never return to established media.
From a media training perspective, what does this mean for companies and organisations seeking to influence the public debate?  It suggests that it is foolish to imagine that traditional news outlets are all drifting towards irrelevance, while marketers focus on social media influencers  (Zoella, Kim Kardashian etc) or whatever may be currently trendy.  Earlier in the summer I was particularly struck by the attitude of the new generation of hotshot PR folk who featured in PR Week’s ’30 under 30’ list.  When asked “how important is ‘old media’ to you and your and your job”, the majority replied ‘very’ or similar.  That doesn’t suggest things have changed as much as some would have you believe.
PS: It’s fascinating to see that the practice of so-called influencer marketing – that is, paying money to social media ‘personalities’ to promote your products or brands, has taken a real battering lately.  Paid product endorsements frequently sound inauthentic and fail to achieve the desired impact, while in a highly revealing experiment, the American marketing agency Mediakix recently managed to secure brand sponsorship deals for two fake social media influencers, after acquiring thousands of equally fake Instagram ‘followers’ for less than $300.  A remarkable amount of social media traffic of various sorts seems to be simply bots talking to other bots, and shoutld not be taken seriously.