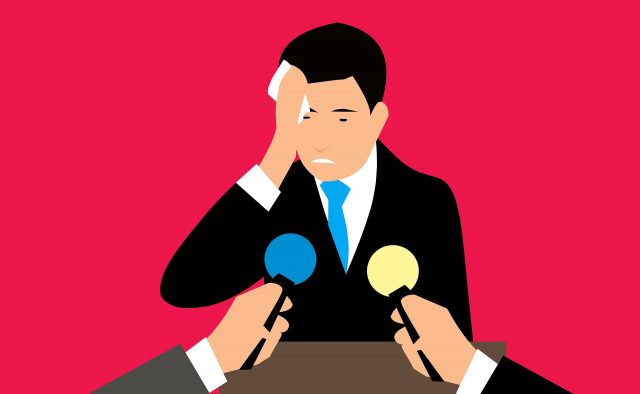 According to one of those pieces of research from the university of the flippin’ obvious (in this case actually the Grenoble school of management), when people pause too long before replying to a question, their answers are perceived to be less sincere and credible than if they had replied immediately. More than seven thousand people in various countries including the UK were asked questions such as ‘did you steal money from work’, and those that answered immediately were believed more than those who paused for a few seconds. Well, blow me down with a feather!

However, this did make me think about whether, if at all, this applies to media interviews – does it mean you should always rush in with an answer, rather than pausing a moment for thought? It’s all a matter of degree. A long pause is very noticeable and will indeed raise questions in the journalist’s or TV audience’s minds. But a short pause of 1-2 seconds before an answer is actually smart, because it gives you more time to think about your response (rather than just rushing into something to fill the gap, which you might later regret). It can also make you sound more authoritative, because you appear to have weighed up the question and taken it seriously, rather than just diving in with any old reply. The mistake of rushing your answer (usually through nerves) is a much more common one in those not experienced in giving radio or television interviews. So the best approach is to try to set an appropriate pace by pausing slightly before each answer, to give you that vital moment of thinking time. It also means that if you do have to pause after a particular question for rather longer, in order to formulate the right response, it won’t be as noticeable as it would have been, had all the other answers had been rushed.