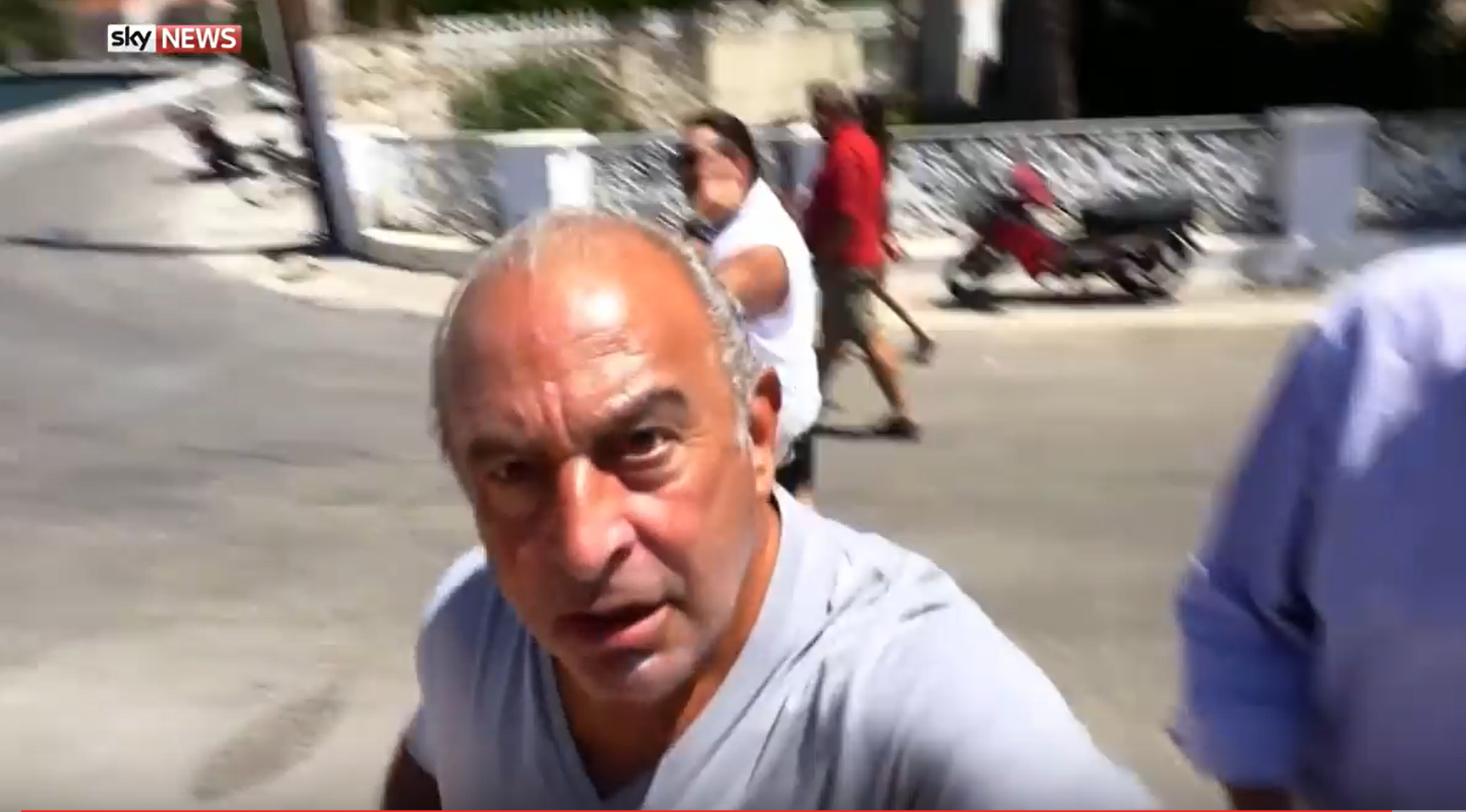 For journalists and anti-capitalists, (though not of course for BHS pensioners), Sir Philip Green is the gift that keeps on giving. His reaction yesterday to the appearance of a Sky News crew when he arrived on the Greek island of Ithaca, a stopping off point on his Mediterranean holiday cruise, was classic. It wasn’t as if Sir Philip wasn’t aware the TV team was there, wanting to quiz him on the lack of progress on a deal for the BHS pensioners, as the last few stores were preparing to close their doors back in the UK. The Sky report showed earlier conversations with members of Sir Philip’s 40-strong crew, as he remained hidden on board the ironically-named superyacht Lionheart, refusing to speak.  So, the great man had plenty of time to think what to say.
Almost anyone bar the retail magnate himself could have worked out that the best thing to do in such circumstances, if the crew were to find and confront him, would be to be as sweet as pie, in order not to give them the angry reaction shots they were looking for. You don’t need intensive media training for this. Perhaps he could have said he was really sorry but that there was nothing he could add at this stage to what, as former BHS owner, he had already told the Parliamentary Committee, but that he would let them know immediately if there were any developments. However Sir P, never long in the temper department, got redder and redder in the face as he repeatedly shouted at the reporter to ‘GO AWAY!’ He then appeared to shove at the cameraman threatening to throw his camera ‘into the f–ing sea’.
Actually, for Sir Philip this was pretty mild – only one swear word so far as we could tell. He’s well known for giving journalists an ear-bashing when he thinks they’re going to write something he doesn’t like. I’ve seen someone at the receiving end of one of his calls having to hold the phone well away from the ears, as the shouting was so raucous and foul-mouthed.
TV is mainly about the images, but when you add the sound and the fury, as Sir Philip did, it becomes irresistible – with the clip retweeted countless times, and the BHS story right back on the front pages. As they say, this one will run and run.