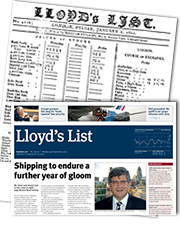 In a world of high technology and social media, with declining newspaper circulations and fragmenting TV audiences, do the so-called ‘mass media’ still matter? Are traditional print publications entering a death spiral, and therefore not worth bothering with? They are certainly being fundamentally challenged. To take just a couple of recent examples, the PR world is having to get used to the idea that PR Week is no longer weekly in print form but to become a monthly magazine. Last week it was announced that the world’s oldest continuously-running newspaper, the shipping journal Lloyd’s List, which began in 1734 as a notice pinned to a London coffee-house wall, was to cease printed publication and go digital-only.
A few days ago meanwhile, I was invited to give a talk about my book on media training as part of London’s Social Media Week, where the buzz from tech evangelists was all about a dawning era of massive data and connectivity, with information and content flying from all directions on myriad devices. Even with this prospect, I have become more convinced than ever that in a world of data overload there will still be a future for curated news and information from trusted sources. As Professor George Brock puts it in his new book*, ‘Journalism’s value lies in something it has done before: sifting, distilling, taking the signal from the noise.’ Newspapers are morphing into ‘News Brands’ and the BBC has become as influential in online news as it has been for years in broadcast. New research from Ofcom suggests the traditional sources of news remain the big beasts of the media landscape: 78% get still their news from TV, 40% from newspapers and 35% from radio. It reinforces the importance of effective media training; the skills and challenges in dealing with editors and reporters, for most organisations, will be as important as ever for the foreseeable future – whether their words are read on dead trees or an iPad.

*Out of Print: Newspapers, Journalism and the Business of News in the Digital Age  (Kogan Page)