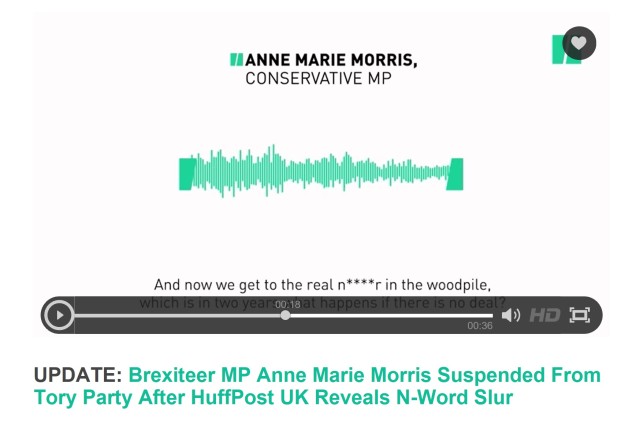 What can we learn from the MP Anne Marie Morris, suspended from the Conservative party for using a phrase that might regrettably have been in occasional use forty or more years ago, but universally seen a utterly indefensible today? She was speaking at a Brexit event at the East India Club in London; for those who missed the story there is more detail here. Reports suggest Ms Morris may have imagined that the occasion was a closed one, that she was ‘among friends’ – we’re all more open when we feel we can speak our minds frankly, without fear of retribution if others don’t like what we say. But in fact journalists had been invited, and even if they hadn’t been, every other person active on social media considers themselves to be a ‘citizen journalist’ nowadays. Just as I write occasionally for Huffington Post, so do many others, and of course something like this will immediately be picked up by all news outlets. So whenever you are representing yourself or your organisation at any external event, it is best to imagine you are being recorded, (as indeed you may be) and temper your remarks accordingly. Conferences of any sort, in particular, I find are places where people are regularly caught out – “oh I thought it was just people from the industry there!” This doesn’t mean being mealy-mouthed or overly politically correct, it simply means think what that off-colour expression or joke would look like in print, which is where nowadays it may well end up.